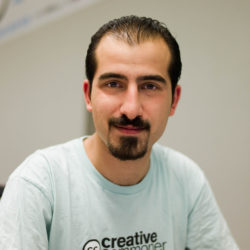 As we’re near the public release of Duik 16, we’ve been thinking about giving it a name.
16 will stay the version number of Duik, but, at Rainbox, we wanted to drop this number and give it a name, because this is not just an incrementation of Duik, it’s been a complete re-writing of the code, everything has been re-thought and re-built for this version.
So we’re going to show this by giving it a name. Duik 16 will be called Duik Bassel, in memory of Bassel Khartabil Safadi, killed by the Syrian regime in 2015.